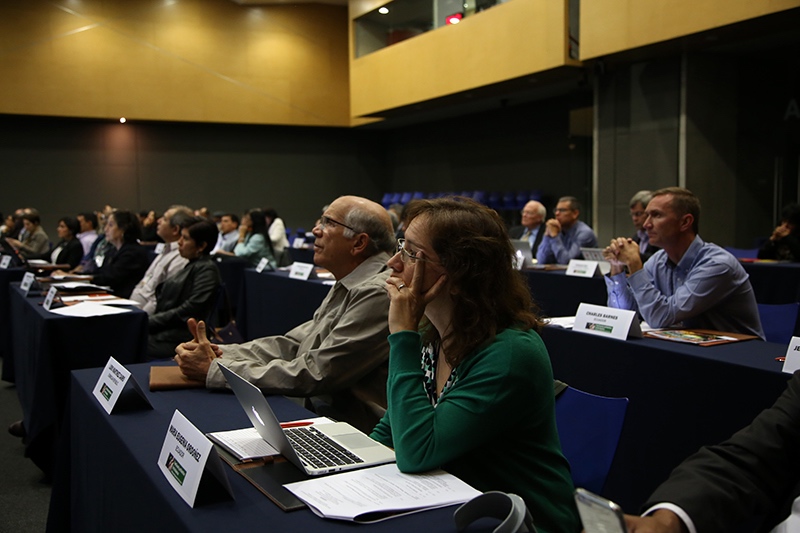 Assuring food and nutrition security is generally regarded as one of the key global challenges for the 21st century. Population growth, climate and environmental change and technology development will all interact to determine how our various nations will assure an adequate food supply to the citizens of the Americas. Equally important will be national agricultural policies, land use patterns, market systems and systems of infrastructure. These policy dependent parameters are set by national governments and states within nations. The aim of this project is to assess the outlook for food and nutrition security (FNS) over the next fifty years within the Americas, with the goal of informing national policy makers of critical issues and potential options for each major country of the Americas. The project is being implemented by the national science academies of the American hemisphere through the Inter-American Network of Academies of Sciences (IANAS) with financial support from the German National Academy of Sciences-Leopoldina, the German Government (Ministry of Education) and the Global Network of Science Academies (IAP-Science). Parallel projects are also underway for the European, Asian and African Networks of Science Academies.In mid-September 2016 the Mexican Academy of Sciences will host a workshop of 80 scientists and experts from 21 countries of the Americas to assess of the food and nutrition security challenge in the hemisphere for the next fifty years. The workshop will culminate in a volume of country assessments that will be published at the end of 2017.

Workshop Food and Nutrition Security for the Americas. Challenges and Opportunities for this Century. September 17th to 20th , 2016 Mexico City.