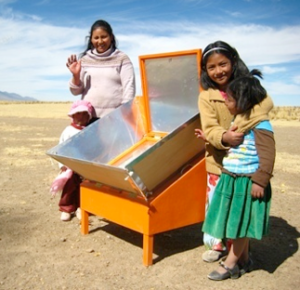 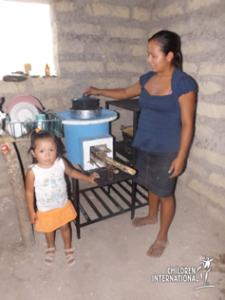 Domestic energy is one of most important sources of energy consumption in region, primarily firewood, charcoal and animal waste. In Nicaragua, for example, firewood constitutes close to 94% of the energy used at the household level. 19% of the Latin America population relies on traditional biomass technologies for household cooking – approximately 85 million people. 61 milliion of these are in rural areas. Seven percent of the population has no access to electricity, about 31 million people (International Energy Agency, 2011). Firewood is the most common form of energy for cooking, with sustainability, gender and health implications:

Energy development has generally benefitted urban users much more than rural communities. Many people do not have access to energy in the quantity and form they need to satisfy their basic household and productivity needs, and so remain in poverty. Problems with access to energy are greatest in the rural areas where electrical power is insufficient. This is often a gender issue, as men increasingly migrate to urban areas in search of employment. Additionally, women tend to be the most affected by lack of electricity, being required to substitute physical labour to accomplish their household tasks (IAE, 2011; Branco, 2002).

Other gendered perspectives on energy use include different uses for energy. For example, men tend to view the benefits of electricity in terms of leisure, quality of life and education for children; while women see it as a way to reduce workload, improve health and reduce expenditure. Women are generally responsible for household energy use, while men tend to make the decisions concerning energy sources that are purchased. Batteries, for example, required in areas without electricity, are very expensive for poor rural households, and are often used for luxury items such as radios and televisions rather than for labour-saving appliances (Clancy et al, 2003; and McDade and Clancy, 2003).

The effects of privatisation and commercialisation of energy and subsequent removal of direct subsidies on fuels and appliances will affect energy supply to the rural poor in terms of accessibility and availability. It also obstacles to the introduction of renewable energies since many have high initial investment costs and are otherwise out of the reach of the poor. Privatisation could contribute to sustainable livelihoods for women by offering new opportunities to enter the market in providing and maintaining local renewable energy services (Clancy et al, 2003; Branco, 2002).

Women are poorly represented in the energy sector as energy professionals. Female responses to a 2008 survey of energy professionals from 75 countries by the Energy Institute in the UK made up only 9% of total responses. At the Executive and Board levels, the percentages are even lower (Ipsos MORI, 2008). A survey of large energy companies in Germany, Spain and Sweden found that 64% had no women at all in boards or management groups and only 5% had 40% or more women in such positions (Carlsson-Kanyama, Isabel Ripa Juliá and Ulrike Röhr, 2010 – see link below). Many initiatives are emerging to promote women’s development, management and maintenance of clean energy initiatives in the developing world, as well as to run enterprises based on clean energy sources (see links below).

Relevant energy issues for women include whether lower priced conversion technologies or mass production can improve access to energy at the household level, how women can be trained as energy professionals and technicians in renewable energies as a capacity building strategy, and how renewable energies can base small-scale income generating enterprises for both women and men in rural areas.